Interview with Mark Gardner from Ride 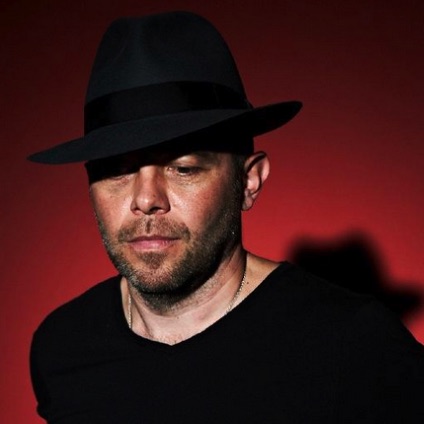 Mark Gardner has been very busy of late producing music, writing and recording his own music and embarking on a world tour with his original band Ride! Tomatrax got up at 1.30 in the morning to have a discussion about Mark’s various projects.

Mark has been involved in a large range of musical projects over close to 30 years. “Music has always been an escape mechanism”, said Mark. “I might write about different stuff than I did when I was 20. For me life, outside of music, is all over the shop and that’s what I try to write about, the confusion of it all. I don’t feel like I’m a guy who has any answers on stuff I’m just questioning things with my general confusion. I’m 45 now and I’m as confused now as I was when I was 25.”

Mark’s latest project saw him team up with the Cocteau Twins’ Robin Guthrie putting out the album Universal Road. “I knew Robin back in the old Ride days,” said Mark. “We passed each other at various times, he worked with various bands we toured with, and I was always a big fan of the Cocteau Twins. That was all pretty firmly set 25 or however many years ago. He was doing a Picture House Tour about 8 or 9 years ago and I went and DJed for him at the bar, and that was the first time we had a proper more sober conversation, and that’s when we decided to do something together which ended up being The Places You Go’ which is an online single we released a few years ago. After that we’ve always said ‘let’s do an album’ but we’ve both been busy.”

When Mark and Robin did find the time to get together the album was completed from start to finish in about 3 weeks. “It was quite quick and painless to make,” said Mark. “I was just going to be there a week or two weeks, and after two weeks we had half of an album together so I stayed on for another week and it was all done. The time was in the planning for us to have the space to do it. Once we actually got into a room together, we were both out in France and there was nothing there to distract us. So we worked on the album during the day and drank some red wine in the night. It worked pretty well because we both had initial song ideas and song structures. Then Robin did the drums, the bass, and the electric guitar and I was doing the acoustic guitar. As I was sitting with him as he was instrumenting the songs it was really conducive for me to work out lines and vocal ideas. Usually by the end of the day I was ready to throw the first vocal at the song, so that’s kind of why it worked pretty well.”

Mark found this project to be quite a different experience compared to his previous work. “All collaborations feel different and that’s why I like doing them”, said Mark. “You always learn things from different people and different situations. I’m a real fan of the Cocteau Twins and Robin’s solo work. People talk about the godfathers of shoegaze or spacey sound, for me it’s Robin really. Robin has that sound and this album has that sound because of how Robin works. So this was me being around someone who I admire greatly and there was a nice mutual respect. And basically we got on well, and where we’re at with our lives and what we do, if it wasn’t a fun process then we just wouldn’t have done it.”

With the album being a collaboration between members of two pioneering bands in the spacey shoegaze sound, the album became a kind of reflection of what each member had done. “We were both in pretty big important bands in the early 90s and a lot of the record reflects that when you’ve been on that trip, what happens after that. So that definitely makes up some of the lyrical content and the more we talked about stuff like that it inspired what I would want to write about to keep it honest.”

Rather than coming up with a band name, the duo decided to simply release the album under their own names. “It’s just what it is, it was just us two making music and producing it so we wanted to just say what it is. The idea of ‘we’re in a band’ didn’t sit well, it was just me and Robin in France.” Mark has left the possibility open for future releases with Robin Guthrie. “I really enjoyed the process with Robin, if it gets well enough received it would be nice to play some of it live. You just never know and in a way I like it like that.”

Last year Mark produced the Skyliner EP from up and coming indie rockers Desert Ships. “I knew Mikey from the band through mutual friends and they approached me early on when they knew I was getting into producing music. I really like that band, they were good to work with and they seem to be going from strength to strength with what they do. I get approached to do a lot of stuff but I only work with bands I really like and they definitely fit in with that.”

After almost two decades since Ride called it a day, the members have reunited to play shows round the world. “For years we thought it would never happen,” said Mark. “We’ve all embraced social media, it’s the one question I’ve answers for 20 years, ‘will Ride ever play again?’. The noise got so deafening from the public and from so many people that didn’t see it first time round. We’ve always got on really well, obviously towards the end of the first time we were glad to see the back of each other because we were living in each other’s pockets since school. Suddenly things happen in your life when you realise that time isn’t forever and on a personal level for the last 3 years I’ve been inspired by people who’ve done it well like My Bloody Valentine and The Stone Roses, and some bands can come back and be better than they were in the first place. I feel there’s a lot of unfinished business with Ride and it ended in a kind of strange way. We kind of crashed the car, which we were always going to do. We were not a career band, if we were a career band we would have kept plugging away. In life you can get the benefit of hindsight but often it’s too late to do anything with it but for us we have the benefit of hindsight and it’s really nice to go back to it and play the shows that we’ve been doing, and I think we’re a better act now than we were.”

“The strange thing is it’s so familiar and so surreal,” said Mark. “The strangeness is how familiar it is. The first time we got together we had pictures and that was strange, but when we get back in a room and play music it feels amazing. I feel quite blessed and lucky that I can do that again because 10 years ago I wondered if I ever would and I forgot what that feeling was.
“If we had just done our thing and it became insignificant and just died away I don’t think we would have got back together. It’s kind of beyond you, that’s the thing with music. You do what you do to the best of your ability but in the end it’s the people who decide. That’s why we’re happy to just give people music from Nowhere and Going Blank Again and just giving people what they’ve been calling for all these years.”

A major fear for the band was for their shows to not live up to the fans’ expectations. “We rehearsed more than we did ever in our 20s because that was the challenge”, said Mark. “That was the big fear, the legacy was so big and so strong that the way to fuck it up is to come back and play and for it not to be very good. We knew about a year ago this was going to happen so they looked to do everything we could to improve on every aspect of what we were doing. Things like monitoring systems now make such a difference, these are the first shows where I’ve been able to hear my own voice and Andy’s voice so we sing miles better in harmony than we ever did. That was always a trade off in the past, you could never hear stuff, we were a loud band but you couldn’t hear what was going on because monitoring systems couldn’t deal with it. Also to have better sounding guitars and better sounding pedals, they’ve all come a long way. So lots of little things that have changed for the better have made a big difference.”

Mark said there may be another Ride album at some stage, but that there are no plans just yet. “Ahead of us, we’ve got the rest of the year playing shows and around the world and that’s enough for us to be thinking about now. It’s definitely a possibility but we’ve just got to see how we feel at the end of the year. I’ve got the idea that if you have too many plans it never works out right.”

Check out Mark Gardner’s website to find out more!

2 thoughts on “Interview with Mark Gardner from Ride”