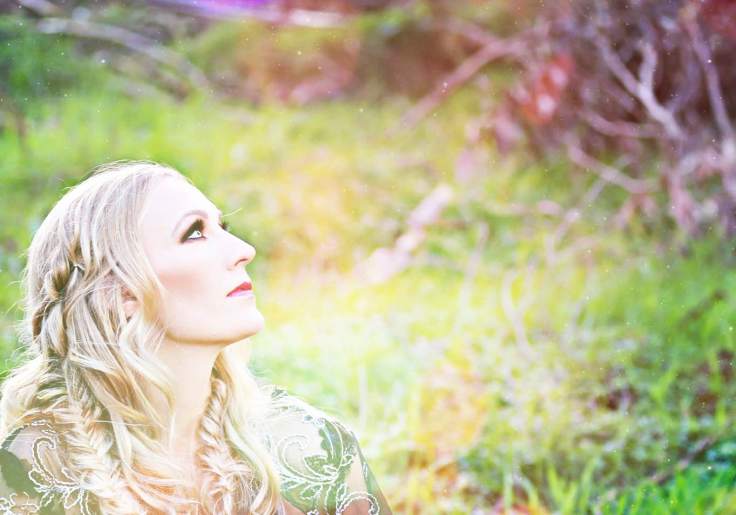 Parabola West is back with her new single ‘Calling Your Name’. The artist persona of New Zealand-based American singer and songwriter Amy Tucker West. Tomatrax caught up with Ms West to talk about her music.

You’re about to release your latest single, how does it feel to have it finished and ready to go?

It feels great! It’s such a relief, because holding on to a finished song is so difficult for me.

Are there plans for an LP or EP release to follow?

The next couple of releases will also be singles, but a full debut album is indeed brewing. I think the main ingredient lacking right now is funding, but one way or another it will happen.

You were previously in the band Dreamfield, how does performing solo compare to being in a band?

Performing solo was a bit terrifying at first, and it felt like I was starting all over from the beginning because it had been so long since the Dreamfield days.  But now I absolutely love it, and I feel the emotions in the room and it’s like a conversation unfolding with the audience. Eventually I’d love to perform with a band again, but for now I’m keeping the setup really basic and self-contained.

You relocated from the USA to New Zealand, how does making music in New Zealand compare with the USA?

Here in New Zealand it’s much easier to access people who are at the top of their field because the country is so small by comparison. But at the same time, the size of the USA brings far more opportunities to perform and be heard.  The biggest difference I’ve noticed is the way that audiences behave. For example, Kiwis are quite reserved during a show whereas the Americans are much more likely to hoot and cheer if they like something. I’ve learned to appreciate the differences.

Absolutely! Music is inherently mathematical with its vibrating frequencies and structured number patterns. Math can be so beautiful when it’s expressed through art. I like to experiment with tuning frequencies, for example ‘Calling Your Name’ is recorded in 432Hz instead of the standard 440Hz. My thoughts on math and science are interlinked with my awe at the universe and my sense of spirituality, and I do think those themes come out in my songwriting.

Where did the name Parabola  come from?

I was working on an at-home science project to build a parabolic solar heater, and during that project I became a bit obsessed with parabolas. A parabolic curve can receive light from any direction, for example, and focus it onto a fixed point. I realised that music acts like a parabola for me because it allows me to take all the chaos of my emotions and focus them into a song. It’s weird, I know, but that’s how it happened.

What made you decide to use a (sort of) stage name rather than your actual name?

When I left my corporate career to focus on music full-time, I really wanted a fresh rebranding. A stage name felt like it came with permission to fully explore the creative and whimsical within. And also, I wanted something that would perform well with search engines and be easy to find.

Do you ever listen to your own music?

After the recording process I usually need a long break from whatever I’ve been working on, but every now and again I totally listen to my own music!

What other music do you listen to?

I’ve been discovering a lot of Scandinavian synthpop bands lately and really enjoying that, and I spend many evenings listening to world music with intense instrumentation.

What do you have planned once your single is released?

I’ll continue doing my online shows as well as traditional gigs over the summer, and then once fundraising is complete my goal is to be back into the studio doing it all again!

Check out Parabola West’s webpage to find out more!

One thought on “Interview with Parabola West”