VIOLENT FEMMES Australia All Over 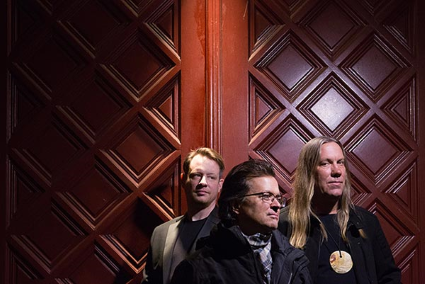 Violent Femmes return to Australia in March 2017 for their most extensive tour since 2005. The autumn tour follows a sold-out national tour in March 2016 that included headline spots at Womadelaide, Golden Plains, Twilight @ Taraonga and A Day On The Green, this time however, the Femmes will traverse the road less travelled appearing in regional & suburban centres, major cities and an encore performance of their A Day On The Green headline shows with Hoodoo Gurus.

“We would like to continue our decades-long love affair with Australia by bringing the rock to the regions. We will be playing old favourites and new with our usual shambolic splendour.” – Brian Ritchie

Expect to hear cuts old and new including tracks from 2016’s comeback release We Can Do Anything. A triumphant return after a 16 years absence.

Continuing the localised theme, Violent Femmes have also invited Rayella * (an indigenous father-daughter duo from Marlinja in the Northern Territory) along for shows in NSW, N.T and Queensland. Violent Femmes bassplayer Brian Ritchie first encountered Rayella at the Bush Band Bash in Alice Springs in 2014 and both parties hooked up for an informal jam after the Violent Femmes 2016 performance in Perth.

“Eleanor and Raymond’s father/daughter vocal frontline lend authenticity to their stories of life, aspirations and place… Their music is a deep blend of modern life and ancient energy” – Brian Ritchie.

Its the Violent Femmes as you know and love them appearing Australia All Over. Tickets for all shows are on-sale 9.00am Friday December 16th (except Brisbane on-sale 10.00am).